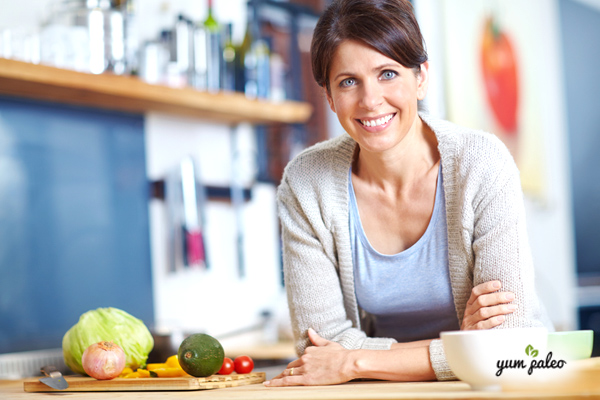 The Paleo Lifestyle has become an increasingly trending buzzword in the nutritional world. Chances are you’ve come across it yourself, either on your Facebook newsfeed or heard a friend talking about it.

You might have even heard about the benefits of going Paleo, but don’t really know what the hype is all about. The most you probably know about it is that it’s a “caveman diet” with a bunch of health benefits.

So now, you’re wondering if you should try it yourself and see if it will do you any good.

That’s why we’re going to tackle the question on every would-be Paleo practitioner: “How hard is it to switch to Paleo?”

Well, the answer depends on how you’re going to take the leap. You see, people who go Paleo usually do it in a couple of ways.

Approach #1: Consuming the good stuff such as protein, plenty of vegetables and healthy fats.

Approach #2: Replacing the not-so-good-stuff with Paleo alternatives and consuming lots of it.

People who try to go Paleo but stick to the second approach often find it the hardest because they are going about it the wrong way.

Paleo is NOT meant to give you an excuse to eat a lot of sugar-rich and carb-loaded food such as potatoes and dark chocolate.

So making the switch will be way easier by focusing on the good stuff, which is what approach 1 is all about.

…but how do you actually implement this in your daily life?

We recommend going through a series of steps to ease your way into the wonderful world of healthy eating.

Although a lot of people who went Paleo swear by the cold turkey approach, we prefer making the switch gradually.

For one thing, it’s certainly more economical because you don’t have to suddenly dump everything in your pantry and fridge.

You can slowly replace bits and items in your kitchen as needed. For instance, once you’ve used up all of your regular flour, then you can make the switch to almond flour.

Keep doing this until you’ve replaced all of your food items with Paleo-friendly ones.

This way, you’re giving your brain a merciful amount of time to adjust to your new lifestyle. What’s more, you’ll greatly reduce your chances of falling off the wagon because you didn’t suddenly force your body to go Paleo.

Step 2: Keep your head above water

At home, it will be relatively easy to stick to your new lifestyle since you’re in control of your food choices. Stepping outside is another story.

Here are some factors to consider once you leave the confines of your Paleo-friendly habitat:

Being enthusiastic about going Paleo is okay but try not to slip it into every conversation or status update.

You have to remember that not everyone will get what you’re doing or understand the benefits.

* Be ready for non-Paleo places and situations

As early as now, you need to realize that there are dietary minefields all around you, just waiting for you to step on them.

When you’re eating out, you’ll probably have to request some adjustments to your meal. You might get a few raised eyebrows at the beginning but just ride it out.

Your family, friends and colleagues will learn to accept the new you in good time. Meanwhile, keep powering through it until the initial awkwardness goes away.

* Chill out – the last thing you want to become is an overzealous Paleo fanatic who gets worked up over the smallest details.

Going Paleo doesn’t mean you have to analyze every single thing that goes into your mouth.

Learn to relax even if every bite you take isn’t 100% Paleo-friendly.

And that brings us to the next step…

Step 3: Do it anyway even if you have cold feet

We wouldn’t blame you if you’re still on the fence about making a MAJOR life change. It’s perfectly human to feel that way.

Don’t let that stop you from going Paleo. Like we said, we’re not big fans of going cold turkey.

That means you’re still ahead of the curb even if you just decided to purge your diet of carbonated, sugary drinks for good.

That still counts as progress and you can continue to update your diet as you go along this journey.

Remember, it’s about the long game. Eventually, you’ll become comfortable with the small changes you’re making over the coming weeks and months.

As long as you can commit to these small changes for the rest of your life, that’s still better than totally unhealthy diet.

Step 4: Remember that you’re not alone

This is a good time to consider that there are thousands if not millions of people around the world who have made the same changes as you are.

And just like you, they’re also facing some challenges especially if they just started. So, that means you have a network of people all around you who can give you the guidance and support you need.

For instance, you should do some research on nearby communities who have embraced the Paleo lifestyle. Make an effort to connect with them.

Not only will you make new friends, they’ll also help you get through tough times. You’ll inevitably feel the urge to go back to unhealthy foods, but it will be way easier to beat them with your Paleo pals.

To help you further commit to the Paleo lifestyle, you can swap recipes with your friends. You’ll be amazed with what you can learn from other people.

What’s even more amazing is how these Paleo recipes are no different from “regular food”. It’s very easy to swap out the conventional parts of your dishes with Paleo-friendly ones, such as sweet potato instead of your average Idaho potatoes for french fries. You can bake them instead of deep frying.

All in all, making the switch isn’t as hard or expensive as you might think. As long as you follow these steps and have a proper support network in place, you can make the transition to Paleo as seamless as possible.

Be the first to comment on "How hard is it to switch to Paleo?"

Error: (#10) This endpoint requires the 'manage_pages' or 'pages_read_engagement' permission or the 'Page Public Content Access' feature. Refer to https://developers.facebook.com/docs/apps/review/login-permissions#manage-pages and https://developers.facebook.com/docs/apps/review/feature#reference-PAGES_ACCESS for details.
Type: OAuthException
Code: 10
Please refer to our Error Message Reference.